UK public service broadcasters BBC, ITV, and Channel 4 are planning to integrate Digital UK and Freesat. Digital UK facilitates the provision of Freeview TV services, whilst Freesat is the UK’s main subscription free satellite TV platform (not to be confused with the entirely separate Freesat from Sky).

This proposed move is intended to help ensure viewers continue to have access to a range of free to view TV platforms. Additionally, the move is also intended to help viewers benefit from technological innovations and developments across the two services.

The move requires regulatory approval, and should complete a few months after approval is given.

On 31st July (2020) Channel 4 showed an exclusive ad break, during Cats Does Countdown on Channel 4, which saw airtime donated to six independent businesses:

American Express, Bought by Many, Coca-Cola, Lloyds Bank, and Rightmove each donated 30 seconds of airtime, with the remainder donated by Channel 4. The ad break was also shown on E4, Film4, More4, 4Music and catch-up service All4.

The aim of the ‘The Great High Street Comeback’ campaign was to help support independent businesses impacted by the Covid-19 pandemic, and show that the high street is open for business again

As Channel 4 starts to fully integrate the Box Plus Network into its main business, it has been confirmed that Box Upfront will not be returning.

Box Upfront had become Boxmas over the festive period. Boxmas will close on 8th January on Virgin Media, and 6am on 9th January on Sky. Adverts on E4 are currently running for a new Box Upfront show for 4Music, suggesting that the Box Upfront brand will continue in a revised form.

The move follows the closure of the Box Plus app, as content migrates to All4. The remaining Box Plus Network consists of 4Music, The Box, Box Hits, Kerrang TV, Kiss TV and Magic TV

Whilst I normally wait until I have the full story before publishing a news article, today I make an exception as the information will be of benefit to viewers.

Freeview are advising viewers to to retune on 5th November, as changes are being made to way in which Film4+1 and More4+1 are broadcast. It is understood that these channels will be moving to a different frequency.

Freeview are also advising a further retune will be required on 14th November in order to continue receiving E4+1, and this could be part of a wider channel reshuffle. Following a renumbering by Channel 4 earlier this year, it is clear that E4 is an important part of their plans. Therefore it would appear that a coverage boost to E4+1 appears likely. through a frequency/multiplex slot.

Currently, Film4+1 and More4+1 are on PSB (public service broadcaster) frequencies, with E4+1 on a commercial frequency with reduced coverage area.

More details will be posted on TelevisionSRS when available.

On demand content access has improved significantly in recent years, so I thought it would be useful to evaluate if there is a point to keeping these channels.

+1 channels of the likes of ITV and Channel 4 were established to allow viewers to catch a show that they might have just missed the start of. They have historically also been used as placeholders, pending the launch of new channels. They can be found on all major TV platforms, including Freeview.

Subsequently, nearly all TV channels have developed an on demand platform. These allow viewers to catch up on missed programmes for between 7 and 30 days (sometimes longer) after they were first broadcast. Well known catch up services include BBC iPlayer and My5.

Despite this, many +1 channels still exist. For those with recorder boxes which can only record 2 programmes at one time, the +1 channels can assist with reducing scheduling conflicts. However, as programmes are often repeated several times, there are ways around such an issue without +1 channels.

With advances in 4G and 5G mobile data, catch up services are become more accessible to smartphones and tablets. Arguably, this further reduces the need for +1 channels, as TV programmes can be accessed from any location.

Ironically, Freeview frequencies are being reallocated to 5G. Therefore, many +1 channels are likely to have to make way to ensure all channels can continue to broadcast. This means, on Freeview at least, +1 channels are unlikely to stay much longer.

I can’t find a particular need for +1 channels, and while they can at times be useful, I would rather see the space occupied by these channels put to better use. 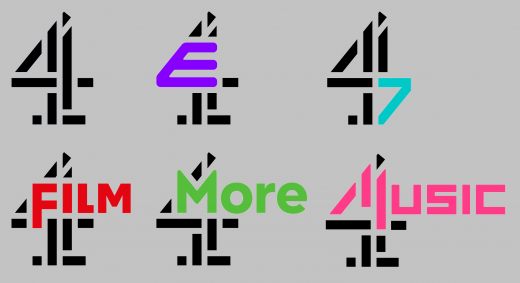 Channel numbers on several Channel 4 channels on Freeview will be changing on 13th May, following Channel 4s full acquisition of the Box Plus Network that was previously a joint venture.

These changes will also affect Youview powered services from BT and TalkTalk, as these rely on Freeview from some of their channels.

The table below shows all of the old and new channel numbers.